An Unsolicited Redesign Experiment of the Alarm Screen

An Experiment Born From the Confusion of my Mother

My mother noticed how many nonactive alarms I had in my alarm list within the iOS Clock App. She then told me that when she turns off an alarm, it deletes itself. Through an impromptu usability test, I learned that the iOS Switch control that is used to turn alarms on/off was misleading my mother. The affordances of this control told her to swipe like a switch, which in this instance was the gesture used to delete an alarm. The Switch in this case functions like a button.

As I mentioned, this was purely a thought experiment for informational purposes only and was not done in conjunction with any organization.

Interviews and testing were done informally and in-person.

At this phase, I needed to know if there were more users that might have issues or confusion with the Alarm screen within the iOS Clock App. 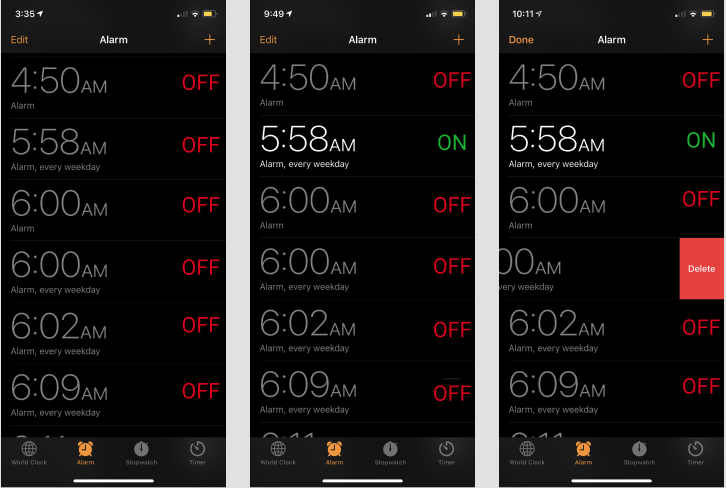 Sketching was done in Figma using screenshots of the existing design. 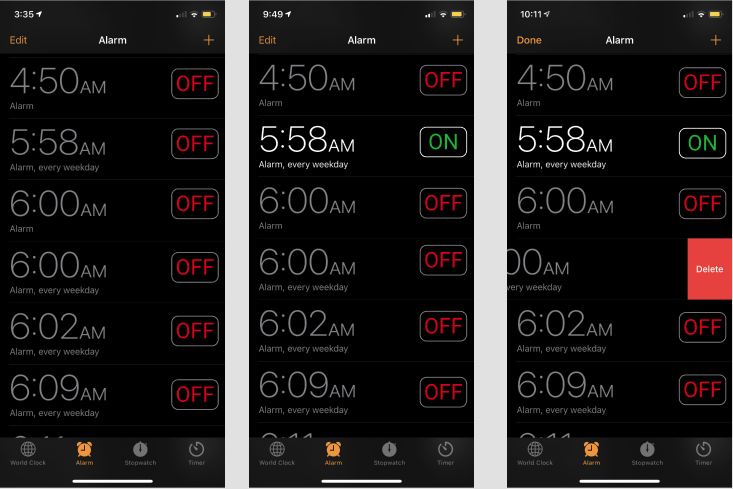 Even Simple Design Can Be Confusing

Apple's iOS aims to use uniform controls and gestures throughout all of their interfaces. The Switch control is very simple and works well in many cases but it causes issues when the subject component has an underlying Swipe gesture. The use of ON/OFF buttons is less appealing to the eye, but creates a clear interaction.